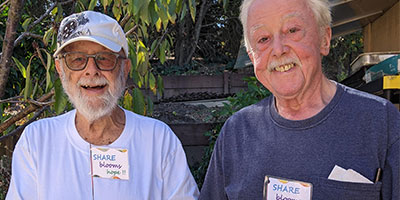 For the past six years,

SHARE Sonoma County has helped seniors and created affordable housing for those with little income. 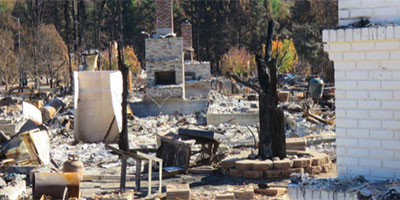 For the past three years, 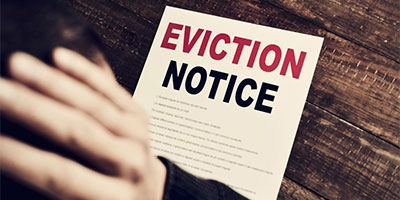 SHARE Sonoma County is creating housing for those impacted by the Pandemic.

SHARE Sonoma County has implemented COVID protocols to ensure the safety of our home providers, our home seekers, our volunteers, and our staff. Learn more.

Chris Z. with Gene C, a new start in life

Home sharing was developed in the late 1970s and early '80s to help those who are house rich and cash poor. HIP Housing of San Mateo County developed its home sharing program in the late '70's. Vermont has several home sharing programs as does San Diego, Los Angeles, and New York, among others. The home sharing concept is an evidence-based model promoted by AARP and other federal and state agencies. Sonoma County and the City of Santa Rosa now allow Section 8 vouchers to be applied for those renting a room/home sharing.